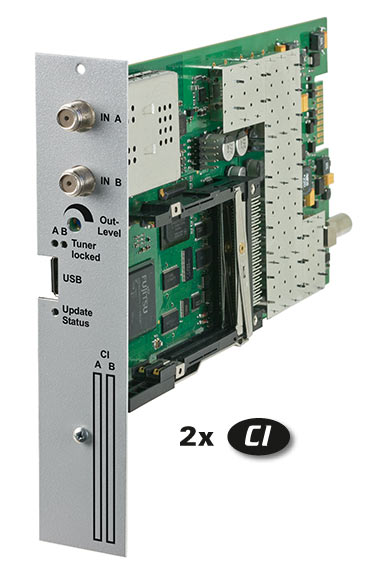 The SPM-STCT-CI is a twin module with two DVB-S/S2 inputs, two CI interfaces and changeable output modulation via menu.
Both independent tuners have got one CI interface which allows reception and central decryption of two DVB-S/S2 transponders which are processed to DVB-C or DVB-T afterwards.
The output signals can be processed for distribution in DVB-C (QAM) or DVB-T (COFDM) networks due to the changeable output modulation.