The new compact headend series models PCU 8112 and PCU 8122 allow the combined conversion of encrypted and free-to-air channels.
The input signal can be selected individually for each of the eight inputs: DVB-S/S2, DVB-T/T2 or DVB-C. Four of the eight channels are equipped with a CI interface to decode encrypted signals. The headends convert the processed signals optionally into DVB-C or DVB-T.
The compact headends PCU 8112 and 8122 are the ideal choice when free-to-air channels and PAY-TV content are to be combined.
Application example:
Decrypted local channels combined with foreign language programs.
Application of mixed reception:
Combination of satellite reception with local terrestrial programs. 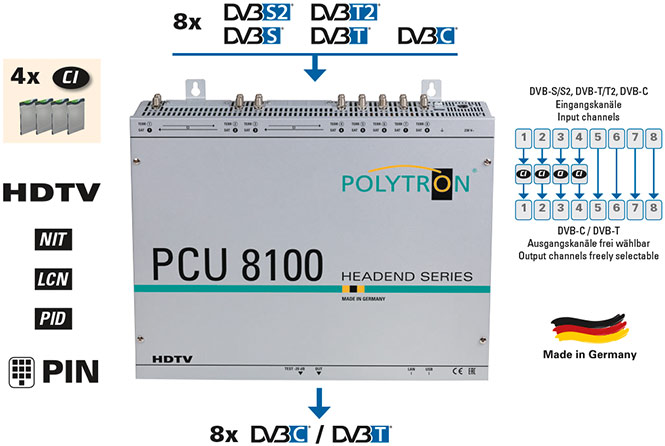