Modulator for conversion of a HDMI signal into a DVB-S signal. 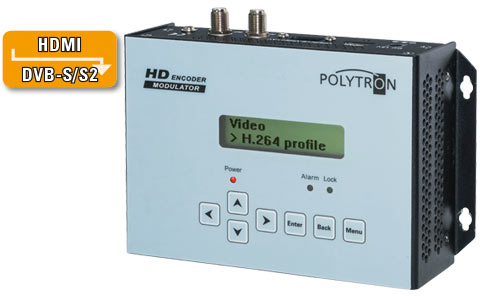 The HDM-1 SL can be used flexibly and is able to process HDMI signals e.g. from satellite receivers, personal computers, cameras or DVD players.
HD signals are fully preserved.

The output channels can be fed into multiswitch distribution systems and / or can be received by common DVB-S receivers or TV sets with built-in digital tuner.