Single Cable Application for up to 32 subscribers

The POLYTRON SCA 508-4 resp. SCA 908-4 supplies up to 32 subscribers with satellite channels based on the SCR system (Satellite Channel Router).
The subscribers receive four resp. eight satellite IF levels and thus the complete program variety available. Each of the eight subscriber outputs serves four user bands for SCR applications according to EN 50494.
Each output can be switched to universal mode for oper-ation of standard digital SAT receivers (DVB-S/S2).
The device can be used as a stand-alone or cascade module. 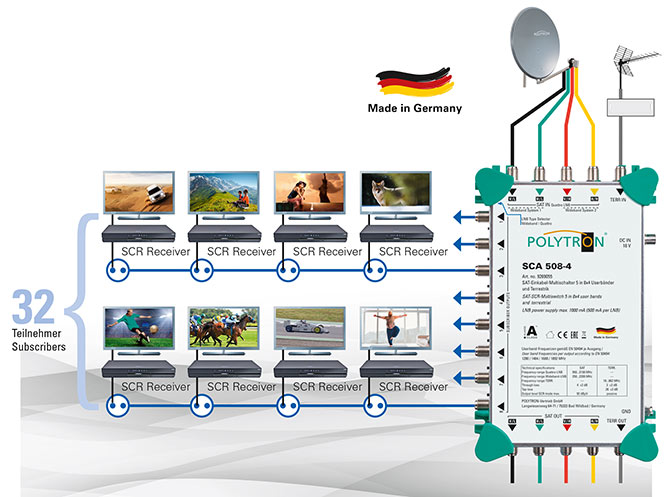 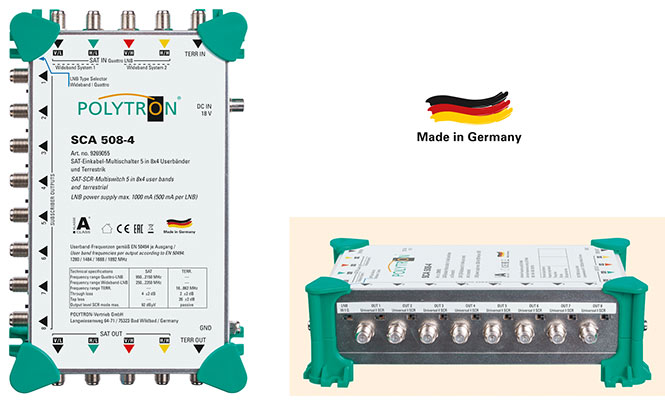